Is Facebook’s GlobalCoin worth the hype? Launching platform currencies is nothing new in itself. Yet the sheer scale that a Facebook coin could achieve should give businesses, competition authorities and (central) banks some food for thought.

When Bitcoin was launched in 2009, it was heralded as the digital currency that would make banks and other traditional intermediaries obsolete. But lately, it’s been established behemoths that have been announcing their own coins. Earlier this year, JPMorgan announced its “JPM Coin” for wholesale purposes, and today brought more news on Facebook’s project to launch its own “GlobalCoin”. What to make of this?

It is important to clear up two misunderstandings. 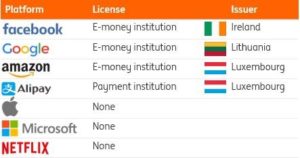 “Nothing to see here people, please move on”?

Not quite. Even though Facebook’s currency project is nothing new in itself, the scale that a coin on Facebook’s platform could achieve is something to reckon with. It is clear where Facebook is getting its inspiration from. The Chinese WeChat app has been dubbed an “app for everything”. It includes a pay functionality, which means users can basically do everything on the platform and in the app. For Facebook, adding its own currency would provide a powerful incentive for its users to stay on the platform and to transact with suppliers there, paying them in Facebook’s virtual currency. This, in turn, would incentivise business suppliers to be present on Facebook’s platform and accept its coins, to avoid losing a significant chunk of their customers.

So while banks may find themselves disintermediated, business suppliers may in contrast be bound to Facebook’s platform. Competition authorities around the world are therefore probably watching Facebook’s moves closely. Central banks are probably watching, too. Launching virtual currencies on a modest scale has a negligible impact on monetary policy and financial stability. But if a lot of transactions end up being handled by what is, in effect, a foreign currency (insofar as its exchange rate is managed vis-à-vis a basket of currencies), central banks might want to think again.